Vinci, Italy – Exploring the genius of Leonardo in his hometown

Would you like to spend a day in the company of Leonardo da Vinci? You can in his hometown of Vinci in Tuscany, Italy. The perfect spot for a full immersion in Leonardo’s fascinating universe. In fact, this small town, perched on a hill 40 kilometres west of Florence, preserves his memory better than anywhere else on earth.

Vinci, Italy – Where the spirit of Leonardo Da Vinci lives on

The hilltop town of Vinci is a tiny treasure and everywhere you can sense its great respect for history and culture. The castle’s tower dominates the town centre, there are narrow stone streets, ancient walls and beyond them soft hills dotted with olive groves. But there’s something else completely unique to this place. Everything here revolves around Leonardo, and no opportunity is lost to celebrate his genius.

From the Vitruvian man, a wooden sculpture by Mario Ceroli (1987) on a scenic terrace to a bronze equestrian monument by Nina Akamu (1997). And of course there’s Piazza Guidi square itself – inspired by Leonardo’s passion for geometry and science.

The Museo Leonardiano. A step back into Leonardo’s world

But for anyone who wants a real glimpse into Leonardo’s mind, a visit to the Museo Leonardiano is essential. It hosts a collection of models built from Leonardo’s original designs, inventions brought to life by contemporary engineers. Recently restructured, it’s divided into two sites. I first visited the Palazzina Uzielli (the latest addition to the museum), that shows textile machines, cranes, clocks and the weirdly compelling model of human anatomy from Leonardo’s famously accurate drawings.

When you come out of this exhibition you step into a very special square, Piazza Guidi, dotted with geometric symbols and numbers that recall Leonardo’s work. Walking the steep stairs to the early medieval Conti Guidi Castle is genuinely exciting. Once inside, you breathe in the ancient air of the castle and come face to face with eerie and intriguing wooden models.

Leonardo’s eclectic talents knew no limit. There’s a cannon, a round tank, and hydraulic machines. I’m fascinated by the models of futuristic flying machines that he designed after studying the flight of birds. In a corner there’s something that looks like a diver’s mask. It all seems too clever to be true.

Make sure you climb the tower to see the view from the top.

⇒ Discover more charming small towns in Tuscany to visit, and some medieval gems not far from Florence., including Certaldo (34 kms. from Vinci).

The Biblioteca Leonardiana, close by to the museum, is the very first library entirely dedicated to the genius of Leonardo. But this is much more than a usual library. I visited with one of the employees, Anna, who showed me some very special books. They are the facsimiles of the codices written by Leonardo, and published by Giunti publishing house in Italy.

The original manuscripts are scattered all over the world, in museums and private collections, but here anyone can come and study them. These copies maintain all the details of the originals – from the cover to the sizes of the folios and his peculiar reverse writing. It’s thrilling to be able to get up close with Leonardo’s work – reproductions of every note, drawing, scribble, and list that sprouted from Leonardo’s prolific mind.

Both Leonardo’s parents were from Vinci, his mother a commoner, the father a wealthy notary. Leonardo was born out of wedlock (a very common thing at the time) but his father took him into his home. Inside the church in Vinci there’s a baptismal font where it is believed he was baptised.

Leonardo left Vinci very early, when he was a teenager, to go and study in the creative hub of Florence. His work eventually took him all over Italy, but he came back to visit his father’s family, who had property in Vinci and the surroundings. The mother married another man and moved to nearby San Pantaleo. Later in life he travelled this area, in the Fucecchio marshes, the Montalbano hills and the Arno valley, as he was working on some famous maps, including “The Arno valley and the project for a navigable channel linking Florence and the sea”.

And this landscape, that hasn’t changed too much from his time, had clearly impressed itself on his mind. It makes an appearance in many of his paintings, like a visual testimonial of his beginnings. This land was after all the place where he learned to love and respect nature.

Find out more about the Vinci house in Anchiano. 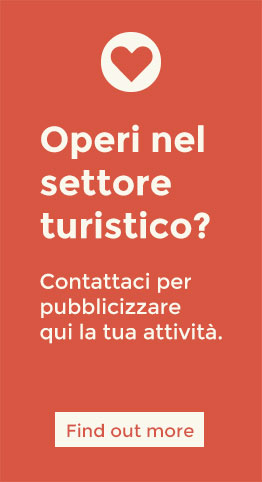